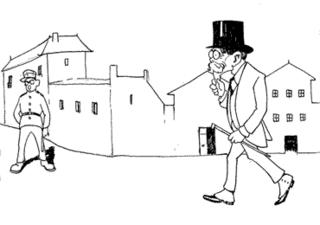 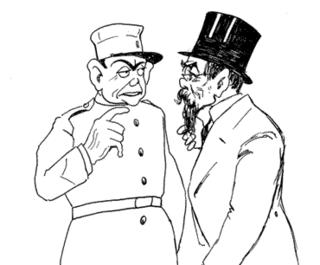 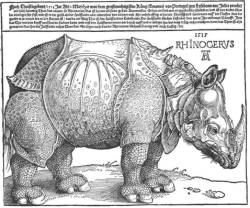 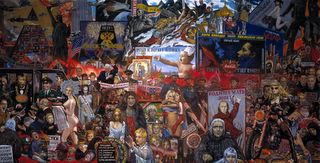 Europa Multinacional contra Europa das Multinacionais
Posted by mch at 11:52 AM No comments: 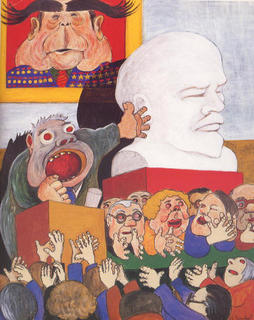 The “NON” or the vain glory of triumph

After the Non to the Constitution in France, two echoes reverberated: the first was the “non’ to any kind of trans-state Constitution, the other was the “non” to the characters who were crafting the new framework of Europe. When there are so many Treaties succeeding each other in such a way that, nor even a student, can cope with the flow, it is because the juridical and conceptual framework “feels” uneasy with itself. Too many words mean too narrow a fortune. Too many leaves mean lesser grapes.

But who is to blame, for this multifarious “non”? Was it the conjuncture or was it the structure? Was it the complaint against the social ailments of Recession or the proud defence of the ‘cultural and national” roots? The only answer is: who cares, if the result was the same, anyway..?

I believe that the act of consulting the electorate on a crucial decision is becoming more and more an instrument of hostage taking. The Governments are becoming hostage of the humours of the electorates. Each time an electorate is acted by means of a social contract, the electorate breaks the contract. Nevertheless, the “root causes” are not only in the electorate who interacts with the Politician’s show as if it was zapping in a sofa, in a lazy afternoon but also among the Politicians themselves, who surprise more and more the Public, with breath-taking acrobatics.

To a conspiracy theorist, the referenda were launched, precisely, in order to produce a big “Non”, and, then, attribute it to the anonymous and irrational Public, burdening him with the responsibility of boycotting Europe at a juncture where this latter, either fructifies or dies. The French are “malin”, they say. They do not have a plan B, they are those ones who say “ Celui qui brille à la fin s’éclipse le premier”. Therefore they surely are the plan B “par excellence”. Moreover, if they do not manage applying their model to Europe, they remain a model to the world: a sound combination of Urban and Rural, of Tolerance and Tenacity, of Religiosity and Laicism, of Beauty and Beast, of Liberation and Empire. Haven’t they given the genetic code to the American and Russian Revolutions or even the Chinese one? After all, they are the country of the hidden History, of the Cathars, of Montségur, the holy Graal should be buried somewhere in the golden plains of Provence.

It may be that some French prefer to think that way or that they indulge in being flattered by keeping an ultra-romantic underworld like the sewers of Paris, which has always a way-out to the Opera stage. But they would rather keep being a country at the crossroads of Europe, a place where both the Germanic invasions, pushed by the Mongols once got stuck and where the Arabs did stop, if and only if these would have been events long gone by, with no prospective second leg.

How to avoid this pre-emption of the Public on the Politicians and the pre-emption of the Politicians on the Public? It seems that it is unavoidable that the debate will rage on, by all possible means. The only possible thing is to shake the dust off the coat and proceed with the debate, no matter the consequences. The Public is waiting as Director Stanislawsky who would ask for many repetitions until he could finally say to the exhausted actor” that’s fine. Now, you convinced me!”.

Europe cannot be constructed on the desktops by effeminate or elusive Bureaucrats, draped in silk, like the ‘installations’ of the German artist Christo, who enveloped once the Reichstag. By the way, some French said something, once, about what silk might have wrapped in. One needs an Europe created by the common man, otherwise what will remain in common will be second-handed politicians and the subtle Bureaucrats who have to stay away of their capitals so that they won’t be tempting everybody, all the time, with faustian pacts.

The Americans will be begin by feeling frustrated. They won’t be satisfied with some provisional gain they’ll have from the circumstantial disorientation of the Investors in the idea of Europe. They know that the competition between the two banks of the River of the world, the Atlantic ( that mouths in the Sea of the World, the ‘Pacific”) is always a castor’s dam in the stream. Sooner or later, Americans believe that the Enlightenment would unify and fluctuate like the bright stream over nationalisms and factinalisms. But now, they bump in a “NON” which is a “no” to them, as well.

The fact is that their “Non” is full of different “yes”. If yes means “to concord”, one will be surprised with the agreements that one can find over the Atlantic. However, the bridges will link different points from those ones that used to offer a passage to the other side. More and more Europeans will influence the choice of the US electorate, before influencing their own constituencies. There is no alternative and the European governments will have to follow in or pass to History, depicted as spin-doctors who had been finally spun by the Public.

When the Public says No it means, after all, “no to you!”. When it says maybe it says” pose me another question”. This time, in France, it was a No.